As the world revels in the 2022 Winter Olympics, you may notice increased athlete appreciation in advertising. From P&G’s famous ‘Thank you, mom’ campaign to the honor of being featured on a Wheaties box, companies worldwide have tapped into the spirit of the games.

But not just everyone can utilize the symbol of the games or even mention the word ‘Olympics’ in their ads because of the restrictions set forth by the International Olympic Committee (IOC). So is there a way to capitalize on the spirit of the games without having the IOC come knocking on your door?

Despite the tight restrictions, there are still ways your business can adopt the spirit of the games in your ads. But first, a little backstory of why the regulations came about and what you need to avoid for Olympic-themed marketing.

A Word From Our Sponsors

The year was 1996 and a rivalry that goes back longer than Cobra Kai and Miyagi Do Karate was in full swing and things were about to get explosive over a pair of gold shoes. The Olympics were happening in Atlanta, Georgia, and Nike had their full attention on their signed athlete Michael Johnson. The problem? Nike wasn’t the official sponsor. Reebok was.

Not to be outdone, Nike came up with a brilliant way to take the limelight off Reebok and put it back on their brand and athlete. They gifted Michael a pair of golden shoes to be worn at the starting line of the 400 meter final and passed out Nike flags to the onlookers. With those unforgettable shoes and flags waving, Reebok (though the official sponsor) was left behind in the dust.

Simply put, Rule 40 states, “only approved sponsors may reference ‘Olympic-related terms” to avoid any more “ambush marketing.” Essentially, the IOC needs to protect sponsors with exclusive rights to the trademarked names and be kept in the limelight as the official sponsors of the games.

It can cost millions of dollars for a sponsorship, so IOC does everything it can to prevent violations from other companies. In a nutshell, you need to tread lightly with your ad content because you’re dealing with a trademarked event.

If you are not an official sponsor of the games, you cannot use Olympic branding. That includes the use of Olympic-related verbiage, logos, competing athletes (unless you have received a waiver from the IOC), music, or images. Non-sponsored brands are also barred from using official pictures, results, and trademarked phrases or words with accompanying hashtags and meta tags. (For a complete list of words that can’t be used unless you’re a sponsor, see below).

Adopting the Spirit in Your Ads

There’s a lot of red tape regarding what you can and can’t say about the Olympics when it comes to your advertising. However, there are a few workarounds that many companies have done that keep in line with IOC regulations while still rooting for their favorite athletes. 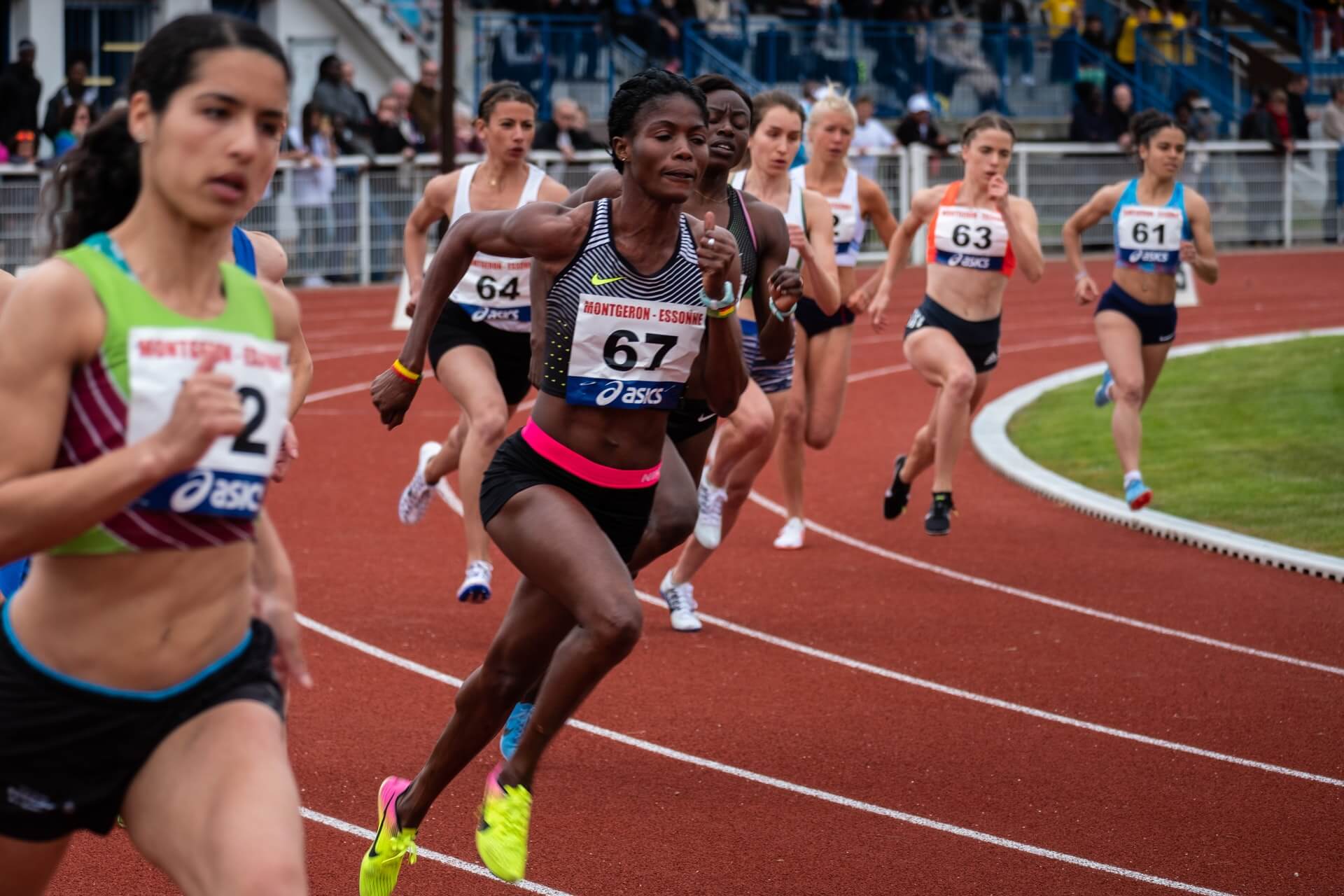 Your digital ads can take off with the right content

No matter what theme your digital ads take, you need to consider your target audience to be successful. Who do you want to reach with your ad? What do you want to provide for them? How do the Olympic games tie into the messaging? And get creative from there.

Digital ads are successful when your strategy pinpoints what type of fans you want to reach. Then focus on creating the right nuance with content and experience. Pay attention to what your data is telling you. If you can tie your product or service into a Cinderella-moment happening in the games, do so! Most likely, your target audience is enjoying the Olympics as much as you are, so pay attention to what people are excited about and go from there.

Say It Without Saying It

Just because you can’t use the word “Olympian” or “Games” doesn’t mean you can’t capitalize on the events at all. Many brands still find a way to relate their product or services to the Olympics without breaking the rules.

If you’d like to mention the games directly, businesses have come up with workarounds such as using the phrase “Made for Champions” rather than “Made for Olympians.” Other companies have used their social media platform to celebrate ‘at home athletes’. Under Armour, for example, launched a campaign applauding the efforts that ordinary people perform every day to better themselves. Highlighting activity such as taking the stairs or getting a full night’s sleep and comparing it to self-care regimes of athletes with the message, “it’s what you do in the dark that puts you in the light.”

Even if you choose to go a different route rather than substituting Olympic-themed phrases for generic ones, remember people are more likely to be inspired by motivational content. The hype of the games, the success of the athletes, and the inspiration of victories create a sense of goodwill that you can bank on.

Your market research should be ongoing but pay extra attention during the official games themselves. From there, you can gather valuable insight on what kind of conversations and trends pop up while the games are happening. Using that data, you can create ad campaigns that don’t put you at risk of directly referencing the Olympics.

During the 2016 Olympics, Brazilian beverage manufacturer Skol celebrated what people ate and drank during the games and encouraged them to showcase it on social media. Not only did it highlight its own product, but it celebrated the spirit of the games without directly referencing the Olympics. Using market research and identifying popular social media topics will help you develop SEO keywords and hashtag usage that won’t infringe on IOC regulations.

Considering your target audience and what they may be rooting for during the games will not only keep you out of hot water, but you’ll also gain a reputation as a brand that relates to its customers.

The games are in full swing, and so should your marketing efforts. For digital advertising advice or full-funnel marketing support, turn to the experts at Scorpion who will help you bring home the gold.

A list of known words/phrases forbidden to be used by non-IOC approved brands during Olympic timelines:

Go for the Gold, Gateway to Gold