Scorpion is focused on helping its customers thrive—and, more importantly, celebrating with them when they do. So when Tim Flynn of Winters Home Services told his marketing team about his continued record-breaking growth, Scorpion naturally wanted to celebrate.

Just how did we celebrate Tim’s success?

We placed an ad in the Boston Globe to congratulate him on an incredible quarter.

We are thrilled that Winters Home Services had its highest sales, served the most customers, and received the most 5-star reviews in the first quarter of 2022. 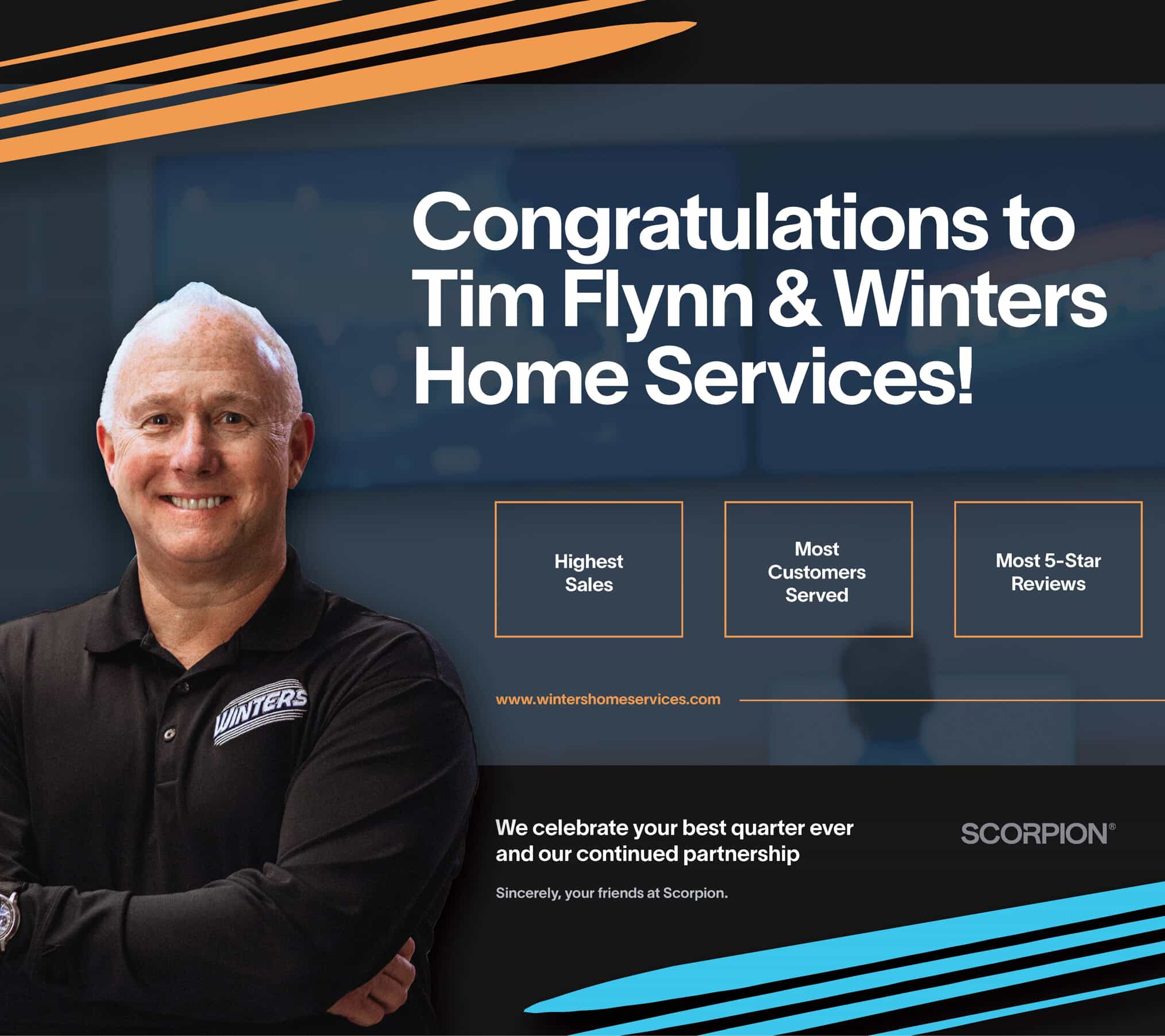 For the last five years, Winters Home Services has trusted Scorpion to help with its marketing and revenue growth, and the two companies have formed a partnership. “It’s a privilege to be around people who care so much about who you are, what you stand for, and getting your goals accomplished,” Tim said.

Tim’s story before Scorpion isn’t unique to other home services business owners. He was frustrated with marketing companies that didn’t understand his ideal customer and the direction the business was heading. He was spending more than $50,000 a month to get the leads he needed and it still wasn’t working. Not only was Tim frustrated, but so was his team, who often complained about the poor or unqualified leads.

Tim took a chance and hired Scorpion. Since then, he’s seen improvements in his marketing efforts and the quality of leads coming into his business. “The best quality calls and the most profit made,” Tim said. “Scorpion for me has been a blessing for my family and I know it will be for yours,”

Now, technicians on Tim’s team stop by his office regularly to tell him to keep up the great work and appreciate the partnership with Scorpion.

Hear more from Tim Flynn and his success with Scorpion.